Debate “European Imprint in Sahel: Contributing to Security and Stability in the Troubled Region” 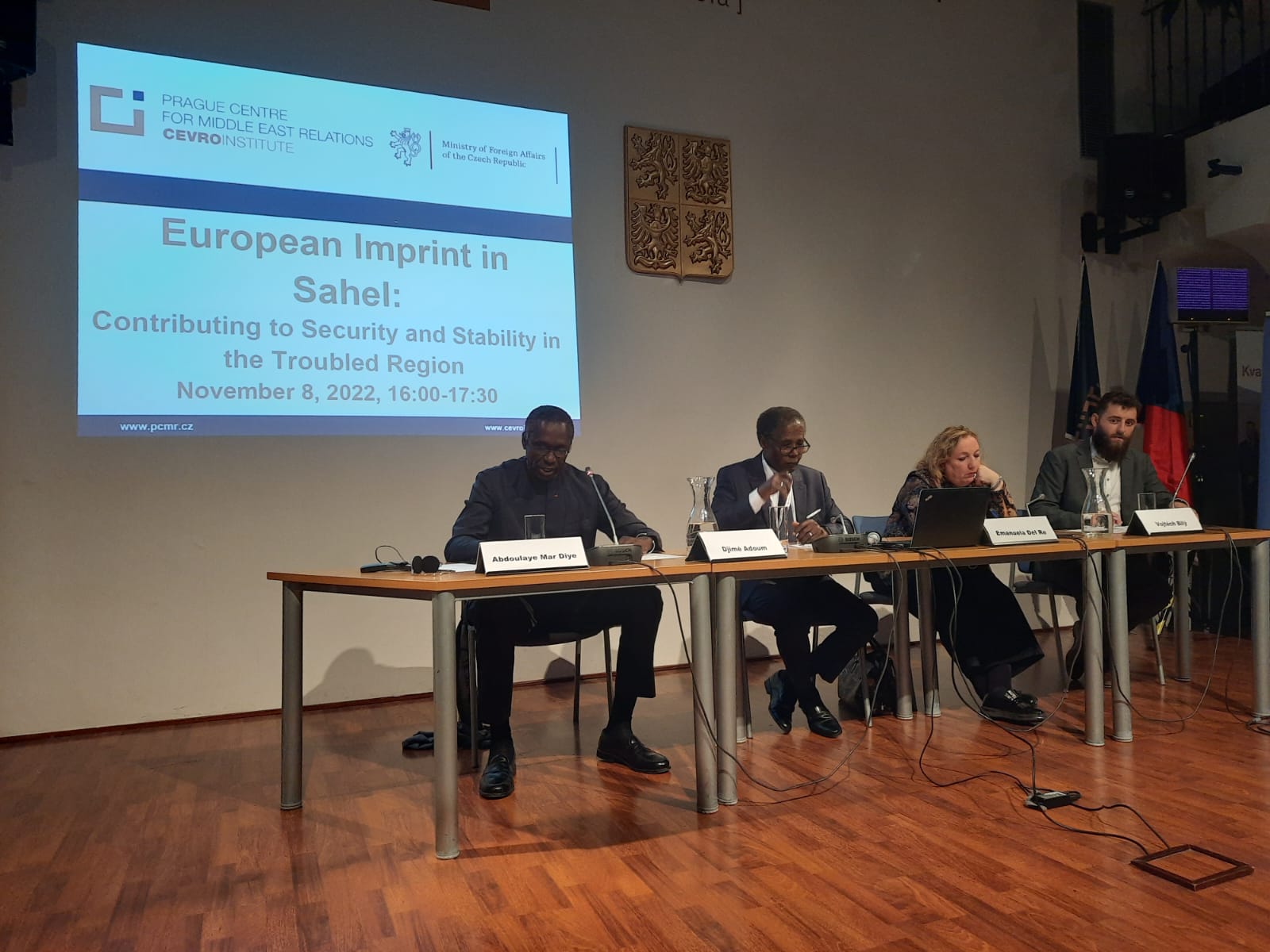 The event put under scrutiny the current European Union’s and European state’s role in Sahel. The particular focus was on the security and political situation in the wake of numerous challenges the troubled region faces including political instability, Islamic radicalism and insurgencies or environmental issues.

Our distinguished guests were:

Opening remarks were delivered by Emanuela Del Re, EU Special Representative for the Sahel. The debate was moderated by Vojtěch Bílý, Research Fellow at PCMR.

Ms. Emanuela Claudia Del Re took up the duties of EU Special Representative for the Sahel on 1 July 2021. Her mandate is to lead the EU’s contribution to regional and international efforts for lasting peace, security and development in the Sahel. She also coordinates the EU’s comprehensive approach to the regional crisis, on the basis of the EU Strategy for Security and Development in the Sahel. Ms Emanuela Claudi Del Re is an Italian national with a long academic career, having conducted extensive research in conflict areas in the Middle East, Central Asia and Sub-Saharan Africa. She was a member of the Italian Parliament and served as Deputy Minister for Foreign Affairs and International Cooperation of Italy.

Dr. Djimé Adoum was appointed High Representative of the Coalition for the Sahel in February 2021 by the Heads of State at the N’Djamena Summit. With his team from the Secretariat of the Coalition in Brussels, his mandate is to facilitate coordination and interaction between the different dimensions of international action in support of the G5 Sahel countries.

An agronomist by training with more than 25 years of professional experience in international development, Dr. Adoum has served as Chad’s Minister of Agriculture and technical advisor to the President of the Republic. For 7 years, he headed the CILSS (Permanent Interstate Committee for Drought Control in the Sahel), where he notably mobilized new partners (World Bank, ADB, IDB who have since invested heavily in pastoralism and irrigation) and USAID and EU contributions for strategies for resilience, food security and adaptation to climate change.

Prior to that, Mr. Dieye served as Deputy Special Representative of the UN Secretary General for the United Nations Operations in Cote d’Ivoire (UNOCI), as UN Resident Coordinator, UN Designated Official for Security; Humanitarian Coordinator and UNDP Resident Representative in Abidjan, Côte d’Ivoire.

Prior to joining the UN, Mr. Dieye held several senior positions within the Government of Senegal, as Chief of the General Planning Division and Technical Inspector in the Ministry of Planning and Cooperation. He led the design of national development plans and international negotiations for development financing.